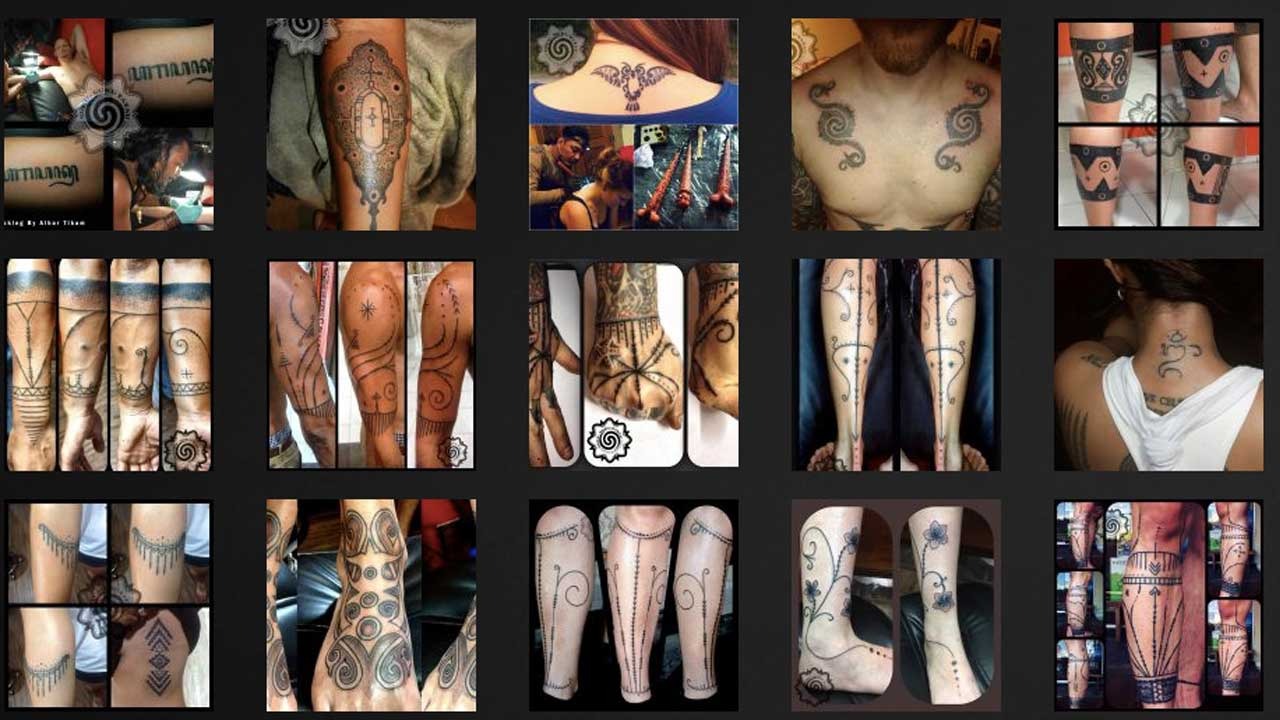 The traditional tattoo in Bali is performed by the tattoo artists who are not using any electronic machine during the process of making a tattoo. It is one of the reasons why this method is called the traditional tattoo of the hand-tapping. In the past, the tattoo was always related to criminal activity (for some regions in indonesia). However, at the present time, tattoo is not known as the criminal thing, but it is more related to the art or someone’s identity. For the example is the traditional tattoo in Bali which is mostly related to the thick culture in this beautiful islanding such as the puppet, a mythology creature, and many more again.

Hand-Tapping or the process of making tattoo traditionally needs a longer time since it is made without using any common tattoo machine. In addition, it can be much longer if the pattern of the tattoo is quite difficult and complex at the same time. A tattoo can be finished at a time of 4 hours and maybe more. The interesting thing about the Traditional tattoo in Bali is that it has existed in Indonesia many years ago. That is why; we can say that it becomes the tradition in Bali and in other places in Indonesia.

Hand Poking technique is a process of making a tattoo by piercing the skin using a needle. all that is done manually, without the help of the machine at all, including making sketch lines

The Hand Tapping technique is carried out with several people or other members’ assistance and tends to work longer so it takes the beat of the beat of the wood used to make a tattoo. this wooden beat rhythm will provide comfort and reduce pain while working

The Traditional Tattoo in Bali: How it Works

To create a hand-tapping tattoo, you will need solid cooperation with another artist. It is because there is a tattoo artist who will control the short wood with a sterile needle at the tip of the wood and the second wood will be used to hit that short wood so that the needle will be piercing the skin which is done by an assistant or he is usually called as the ‘skin stretcher’. In addition, the skin stretcher also has another job to stretch the client’s skin so that the result of the tattoo is good.

We have said that the traditional tattoo in Bali needs a long time until it is done properly. It means that someone needs extra patience, concentration, good accuracy from the artists and their assistants, and also it will increase their adrenaline. This long and difficult process can trigger a tired feeling since a tattoo can be also finished until some days. That is why; client and the tattoo artists have to create the dialog before the process is done to ensure that both of them are willing to do all the process. Furthermore, we cannot deny that the result of the hand-tapping tattoo is different from the modern tattoo that is made by using some machines.

When you do the traditional tattoo in Bali you will feel like coming back to the past time and hear the sound of the woods which are used to create a traditional tattoo. This sound is like a meditation effect for the client which is so relaxing although you feel the pain from the needle. The wood sound is like a medicine to take care of your pain and it can trigger a different sensation in your spiritual experience in Bali.

The Differences of Tattooing without using any machine

The traditional tattoo in Bali uses the Hand-tapping technique where it is not using any modern electric tattoo machine. In addition, it will use the handmade wood shaft with the needle at its end. The result of this traditional tattoo will have some distinguishing characteristics. However, most of the people are not able to recognize those differences. Below are the characteristics of tattooing without a machine or manual tattoo:

If you want to get the tattoo in Bali, the most recommended place is in the southern part of this island because it will be easier for you to find a lot of tattoo shops there. Most of the tattoo artists are maybe using the electrical machine, but you can still find some who do the traditional method.

The Pattern’s References for Traditional Tattoo in Bali

Bali is an island that is rich in tradition and cultures. We can say that the original Balinese culture which is so interesting and peaceful becomes one of the reasons why people from all over the world want to come to Bali. The traditional Tattoo in Bali is actually can have varied patterns and colors, but mostly it is inspired by the culture and tradition on this island of gods. We can say that this traditional tattoo is not only about art but also about a picture that contains its message and story.

In Bali, the traditional tattoo is mostly inspired by a mythology creature such as ‘Leak’. It is a creature that is believed by the people there. Besides Leak, another creature that is inspired by the traditional tattoo in Bali is Rangda where this mythology creature is known as a representation of the bad things. In a Balinese story, Rangda will always have a never-ending fight with Barong where Barong itself is represented the good behavior of humans. In addition, we can also say that Barong also becomes one of the motifs that can be used for a Balinese tattoo.

Besides some mythological creatures, the tattoo can also have other beautiful motifs such as Batik. We knew that Batik is a traditional pattern from Indonesia and usually each city in this country has its own identity for the Batik pattern. That is why; Bali also has its own signature. The Balinese batik pattern is usually related to Balinese nature such as the frangipani flowers, hibiscus flowers, birds, fishes, and more. In addition, the traditional tattoo in Bali can be also inspired by the daily activities of Balinese people or by some special events in Bali such as ngaben and more.